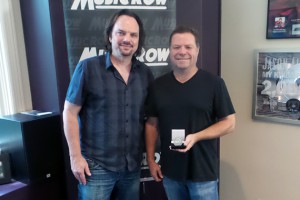 Frank Rogers is forging ahead with Fluid Music Revolution, a new venture with Spirit Music Group that was announced in January. During a visit to MusicRow, he emphasized that he loved every minute of being at Sea Gayle Music – a very successful publishing company he co-founded in 1999 – but decided that it was time for a fresh challenge.

After collecting his first MusicRow No. 1 Challenge Coin for co-writing Granger Smith’s “Backroad Song,” Rogers chatted about building his company, signing new (and established) writers and striking the balance between music and business.

MusicRow: What have the last six months been like for you?

Rogers: It’s been fun getting a company off the ground. There’s a lot of stuff that needs to happen, so there’s been a lot of business and legal and that side of things. But it’s also been fun to go out and see so many new artists, writers and talent that’s out there right now.

What was your frame of mind before you made the leap?

I was at Sea Gayle for many, many years, and Sea Gayle was an absolutely wonderful thing. It was great but it just came time for a new adventure and it felt like the right timing to do it. So I resigned from Sea Gayle and then talked to everybody out there and saw what the opportunities were. I was trying to decide if I was going to do it for myself or partner with someone, or what was the right decision. When I met The Spirit Group, it felt like the right venture partner for me. So, we started.

What made that Spirit partnership special?

They had the infrastructure I was looking for, to do what I wanted to do. But it came down to the people. They seemed genuinely excited. From New York to L.A. to London to Nashville, they’re just good human beings and it felt like the right spot. It’s interesting when you do those things, you either know or you don’t.

Would you say that instinct has served you well in your career?

Absolutely. When it comes to songs or artists or writers, you have to analyze the business side of any decision, but it all comes down to the gut reaction. Does this move me? Does this artist move me? Is this a person someone I want to spend a lot of time with? So I think you really have rely on both the business side of your brain and your gut instinct. Everything I’ve done in this town started with those two things. I’ve been lucky and blessed that it’s led me well so far.

Ryan Creamer is part of your publishing roster. What does he bring to the table? 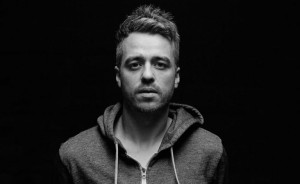 Ryan is the first person that I signed over there. He comes from a unique place, melodically. He’s energetic and excited about writing songs. I always look for uniqueness, and the first batch of songs I heard from him were uniquely him. That’s what drew me to his writing. He’s really, really melodically unique. He is a good singer but the artist thing is not what he loves. He’s a writer and producer, and I want to help him develop the producing side as well. He’s a talented young man.

Are you the kind of guy who likes to discover writers before they break?

I think there’s some validity to having some experience, but yes, I love finding them. The most fun is being with an artist or a writer who has their first No. 1, or their first hit. I love that building and developing side of publishing and producing and the music business. I’m looking for people that I love as human beings, I love their talent, and that I think we’re good business partners together. If it hits all three, those are the things I’m interested in working in. There will be a fair number of writers [on the Fluid roster] who have not had success yet, and there will be a few that have a track record.

Now that you’ve started Fluid, will you still be producing and writing songs too?

Absolutely. I write for Fluid. I guess I was officially the first writer, and Ryan’s the second! I still write and I still produce when things makes sense, but my focus right now is really building this company. Where it makes sense for me to produce to help Fluid, I will. Obviously I’m still writing as well.

But I would imagine that songwriters can burn out just as easily as anyone else.

Absolutely. To me, the publishing side and the business side help balance me. I think if I was a full-time writer, I don’t know how effective I’d be because I’ve got to have the other side of my brain firing as well. I think I’m at my best when I have a good balance between the two.